Scattered throughout Egmont Key in plain sight are remains of its bustling past as the location of Fort Dade, built to protect the Tampa Bay area from invasion during the Spanish–American War in the late-1800s.

But hidden somewhere underground on the scenic island at the mouth of Tampa Bay lies evidence of its darker days as home to a U.S. military internment camp for about 300 Seminole Indians in the mid-1800s.

Seminoles who died there were buried without markers. No one knows how many there are.

So on Tuesday, the Seminole Tribe of Florida stepped up its efforts to find these ancestors.

Using ground-penetrating radar, the tribe’s archaeology team searched the northern part of the island near the iconic lighthouse and found areas they called “dense spots.”

Over the next few weeks, the archaeologists will process the data they gathered to determine whether these could be burial areas.

“We’ll be looking for two things: Does it have the proper dimensions of a grave and is it at the right depth,” said Domonique deBeaubien, who works with the tribe protecting Seminole remains.

Skeletons will not be moved. Rather, markers will be placed and the Seminoles will work with state officials to ensure the areas are not disturbed.

Egmont Key was a holding area for Seminoles who were being sent to reservations after they were forced from their villages in Florida.

Not all survived the wait. Some died of disease on Egmont Key. At least one is known to have committed suicide.

The island was later used during the Civil War by Confederacy blockade runners. Later, it hosted Fort Dade with its military batteries, ammunition storage, suburban-style homes, general store and even a bowling alley. Shells of some structures still remain.

Because of this past, “you never know what can be found there,” said Richard Sanchez, president of the Egmont Key Alliance, a nonprofit that preserves and protects the island’s natural and historical resources.

Sanchez pointed to a lightning fire that burned more than 80 acres of the island last July and in the process, cleared vegetation that had long hidden the remnants of former military buildings — three concrete walls of a radio-weather station and foundations for a hospital and morgue.

“I wouldn’t say we didn’t know they were there,” said Sanchez, who joined the Seminole Tribe in their search on Tuesday. “They’re documented. But they were forgotten.”

Also on Tuesday, the Seminole Tribe performed a metal detection survey of the middle of the island.

“We found some interesting artifacts from the time period the Seminoles would have been there,” tribal archaeologist Maureen Mahoney said. These include square construction rivets and a bullet believed to be from the Civil War era.

Without government permission to remove these artifacts, they placed them back in the ground and mapped where they are, explained Seminole archeology field technician David Scheidecker.

The Seminoles chose the lighthouse as a starting point in their search for burials because it is the locale of a small cemetery with 19 graves for an eclectic group — lighthouse tenders, U.S. armed forces, and five Seminoles. Only one of the Seminole markers has a name — Chief Tommy.

It’s possible, the archaeology team said, that the cemetery extended past where its boundaries are now set. The team plans to expand its search later.

The American soldiers did not respect the Seminoles enough to bury them in one place. Instead, bodies were scattered across the island and with no markings.

Some bodies may already have been washed away along with nearly 300 acres of the land the island has lost through erosion in the last century.

“We will continue to survey the island for Seminole presence and clues about what happened there,” said Paul Backhouse, historic preservation officer for the Seminoles. “For the tribe, this is a huge part of their history.”

With the Railroad Act of 1866, Congress authorized two rail lines to be laid through Indian Territory. One was to run north and south and the second was to run east and west. Because three railroads had been building in Kansas with plans to enter Indian Territory, there was a race to see which would win the right to build to Texas. The Missouri, Kansas & Texas Railroad (Katy) won that race and completed its line across the Indian nations by 1872.

There was only one railroad with plans to cross the territory from east to west. This was the Atlantic & Pacific Railroad (A&P), but its lofty goal of stretching from sea to sea was never realized. The A&P entered Indian Territory from Seneca, Missouri, but extended only 34 miles to Vinita. Here it met the Katy line in 1871 and stopped.

At this point the A&P had learned that the federal government would not grant large swaths of right-of-way through the Indian lands. And because the population was still sparse in Indian Territory, there was little freight to ship or passengers to carry. For over ten years, the A&P was content to give the Katy a virtual monopoly on rail traffic through the territory.

In 1882, the A&P extended its line to the little Creek community of Tulsey Town on the Arkansas River. It completed a bridge over the river in 1886 to another Creek town called Sapulpa. But there was so little traffic on the line, it only ran during the fall months when cattle were being shipped to market.

The Creek Nation was being served by two rail lines, the Katy and the A&P, with service to Muskogee, Eufaula, Tulsa and Sapulpa. But neither of these roads extended to the Creek capital at Okmulgee. And the Seminole Nation had no rail service at all.

Between 1886 and 1896 several more short lines were built, many in Oklahoma Territory. Still the Seminole and Creek capitals needed rail service. So when a new line called the St. Louis, Oklahoma & Southern Railroad was being organized and board members sought, John Brown, the Seminole chief, and Pleasant Porter, a prominent Creek citizen living in Muskogee, joined this line’s board with the intent of influencing its route through their capital cities.

Brown and Porter joined other board members in traveling to St. Louis to encourage speed in surveying a new line. But it wasn’t until 1899 that construction would begin.

This railroad was to start in Sapulpa, picking up where the A&P had terminated. Then, the route took a meandering path through Beggs, Okmulgee, Henryetta in the Creek Nation and Weleetka and Sasakwa in the Seminole Nation before continuing on through the Chickasaw Nation to Denison, Texas.

Later, in 1903, Porter and his friend, Charles Haskell, would work to build a line from Muskogee to Okmulgee connecting the St. Louis line to the Katy line.

Both of these lines, as well as the A&P, were later purchased by the St. Louis & San Francisco Railroad (Frisco). The Frisco bought up several other short lines through the Twin Territories and by statehood had more miles of track than any other railroad in Oklahoma. 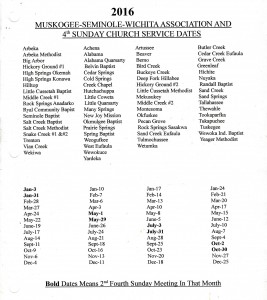 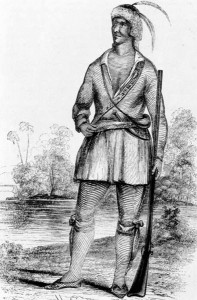 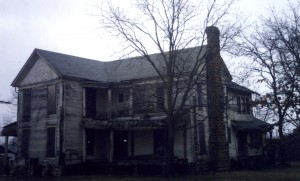 Listed on the Register of Historic Places

The house is significant to the boundary between the Seminole and Creek Nations, since it was built straddling the line.

Jackson Brown was treasurer to the Seminole Nation.

February until April, gathering wild onions is big event for many members of Five Civilized tribes in Oklahoma. Wild onion dinners are the fruits of their labor. The dinners are traditionally held in homes, community centers and churches. Wild onions are sometimes prepared with scrambled eggs (although not always) and poke sallet.

Some dinners have been served in the same place for nearly a century-like Haikey Chapel in Tulsa. On a recent Saturday, there was a line about a hundred deep waiting to eat wild onions with scrambled eggs, salt pork, beans, corn, fry bread and grape dumplings. Some have attended this dinner since they were kids, others were in line for the first time. Many said it was the cooking that kept them coming back.

Haikey Chapel has a long history in the community and many descendants of the original family attend church here-one was even doing the cooking on Saturday-Sunrise Tiger Ross. As she sauteed onions alongside her sister and cousin in a tent near the church she said, “Hopefully our grandmothers are happy with what we’re serving today.”

The War Years and How the Seminoles Became Unconquered

On December 14th, 2015, the Ah-Tah-Thi-Ki Museum opened its newest exhibit, Struggle for Survival 1817-1858. Often called the Seminole Wars or Florida Wars, the years of 1817-1858 are recounted by many Seminoles as one long war of resistance. The Seminoles wanted to live on their chosen lands and not move west under the Indian Removal Act of 1830. This exhibition will explore the tactics the Seminoles used to fight the U.S. government and the tools they needed to survive in the hidden Everglade hammocks. Oral histories of the stories and traditions passed on from the war years provide the Seminole voice to a history largely written by U.S. troops.

This exhibit explores the struggles faced during the war years to help exemplify the strength of the Seminole people today. The exhibit also features the Buckskin Declaration, which was presented to President Eisenhower in 1954. This document is a declaration of sovereignty and the right of the Seminoles to live their lives as they see culturally fit. 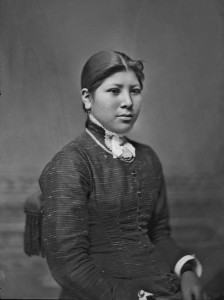